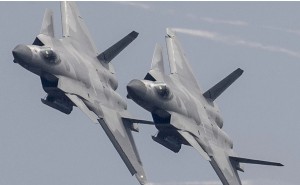 China is developing a new generation two-seater stealth warplane, based on its most advanced fighter the J-20, intended as an early-warning aircraft that will serve as a command centre for other weapons such as fighter jets and rocket launchers.

Chengdu Aircraft Design Institute (CADI), developer of the J-20, is working on the breakthrough variant which will be the first stealth fighter in the world to accommodate two pilots. It will also be more innovative, according to an online report published earlier this week.

The report, which appeared on War Industry Black Technology, a social media platform run by Shenzhen-based Quantum Defence Cloud Technology, included a design sketch of the twin-seater variant and said it would serve as a small, early-warning warplane. 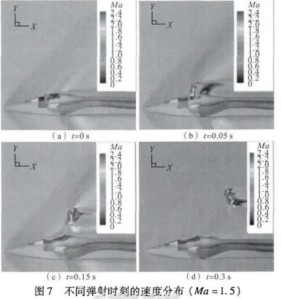 The design sketch for the twin-seater J-20 variant, with a similar cockpit configuration to the Russian Su-34. Photo: Handout

The design is similar to the Russian Su-34 twin-seater supersonic medium-range fighter bomber, with a side-by-side seating arrangement in the cockpit which the report said would help the two pilots better communicate and share information effectively.

“As the new generation aircraft with capabilities of stealth and supersonic cruise, the new platform also needs to command drones, other fighter jets, and even ground-based rocket launchers, as well as surface warships and submarines, making it a small early-warning aircraft,” it said.

A military insider said the new plane would be equipped with defensive air-to-air weapons, but would not be used as a bomber, contrary to mainland media reports.

“It is not a real bomber. To maintain stealth and agility, all missiles should be put inside the bays, that means only light air-to-air bombs are allowed,” said the insider, who requested anonymity due to the sensitivity of the issue.

The heavy explosives required for air-to-ground and air-to-sea missiles could only be accommodated under the craft’s wings, drastically reducing its stealth capabilities.

“All bombers carrying heavy bombs would be easily detected by the integrated air defence system (IADS),” the insider said. “That means two-seater stealth fighters could not cause any threat to American military bases or even aircraft carrier strike groups.”

Most training planes and bombers feature tandem seating, with the front seat pilot taking care of the flight while the co-pilot focuses from the back seat on the weaponry, so the design of the new variant is noteworthy.

Hong Kong-based military commentator Song Zhongping said the J-20 could be upgraded and modified to different variants because of its strong detection capability and capacity to connect multichannel intelligence and electronic warfare information.

“But it may take longer [to develop] if the new aircraft uses the double-seat design. The aerodynamic shape of the aircraft should make major changes,” Song said. “Then it would no longer be the original J-20 model, but another new type.”

The two-seater stealth fighter is just one of the variants developed by CADI based on the J-20 platform. According to the military insider, the institute’s top priority is to develop a carrier-based stealth fighter jet for China’s next generation aircraft carrier, the Type 002, currently in final assembly and featuring electromagnetic catapult launching systems.

CADI and its sister company, Shenyang Aircraft Design Institute – which developed the J-15, China’s only active carrier-based fighter jet – are racing to develop a next-generation fighter capable of competing with the American F35 ship-borne fighter.

Variants of the J-20 were flagged by its chief designer Yang Wei at the 2018 China Airshow in Zhuhai, Guangdong province, when he told a press conference that more variants of the J-20 would be developed to meet the new requirements of future warfare.